Yesterday we had another Dancy birthday party (Sarai, Marita, and Nettie) over at Abram and Leigh's. Everyone crowded around and watched as people tried to follow the moves on the Wii dance game. The funniest part was after dinner, when the living room was totally empty and quiet: Aidan walked in, picked up the Wii remote, tried to turn on the TV, and started dancing!!! We helped him get the game set up to show the moves, and he had a blast dancing around. He wouldn't give up the remote for 3 songs! He even scored quite a few points :-) 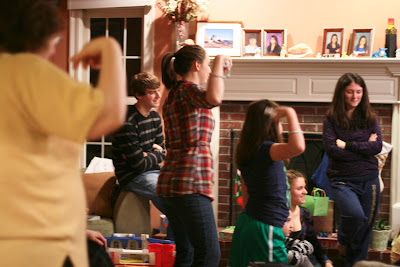 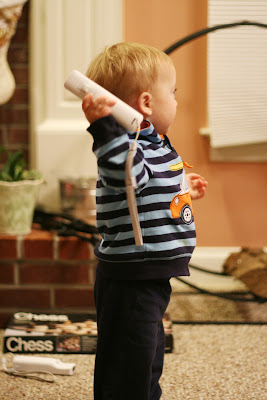 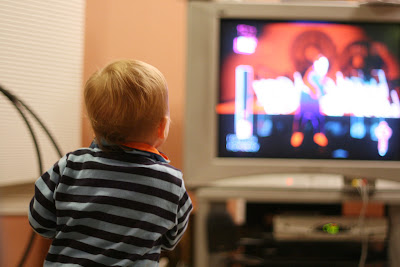 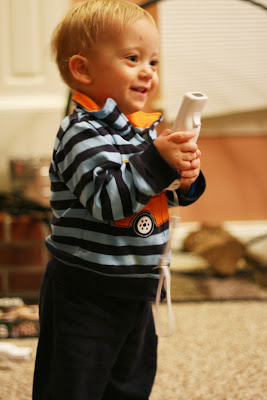 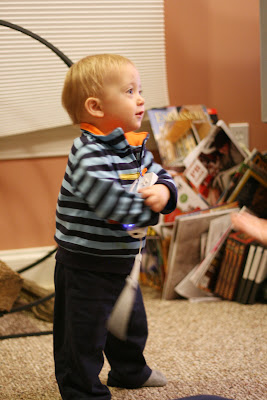 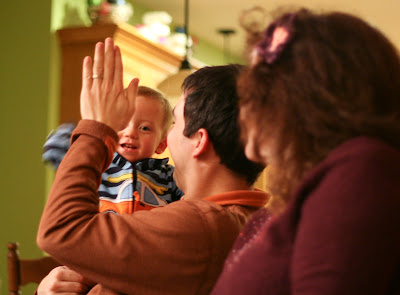 He learned High-Five from Grandpa last week, practiced with Isaac. 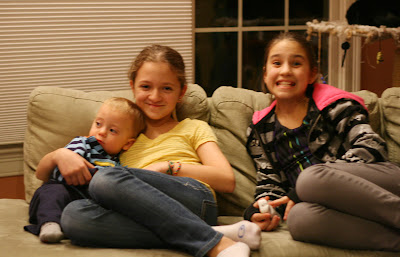 Then he was wiped out and cuddled with Sophie and Carmen until bedtime.
Posted by Jenna at 12:28 PM

Isaac, stop procrastinating and get that Boy a Wii!